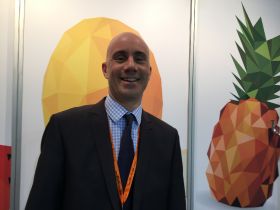 With the Costa Rican season just getting underway, Scott Davies of Vidafresh said his business was already coming up against shipping issues from its main Central American source.

Vessel delays from Puerto Limón plagued fruit shipments to Europe last season, and Davies said it was looking like the coming season could be equally challenging.

To complicate matters, Central American production is likely to be delayed, according to pre-season plans, following cold weather and heavy rains in Costa Rica and other countries in the region.

“I hope and pray that we don’t end up in the same situation as last year but I’m worried we might,” he warned, explaining that Puerto Limón, which services the European market, has “been operating above capacity for way too long now.”

A new container terminal is under construction at the port, and should have been finished four or five years ago, according to Davies. It is now set for completion next summer, and until then shipping delays look likely.

“There’s extra traffic because there are cruise ships and lots of shipping lines going into the same port,” Davies said, “so they need the new terminal to cope with the increased volume.

“Last year, there were ships arriving into port on a Saturday and not leaving until Thursday or Friday as the congestion was so difficult to deal with. We’re completely at the mercy of the shipping lines and it adds a great deal of complexity to all parties.”

In Brazil, where production has now slowed, Vidafresh said it had managed to avoid supply shortages, despite the fact that production was down by around 15 to 25 per cent, depending on varieties and farm location.

“Water is still the biggest issue in Brazil for melons,” Davies explained. “There have been problems with drought for six or seven years now and producers are digging wells and making huge investments to source water from further underground.

“But our supply through Brazil was exemplary this season and we’re now picking up a lot of extra business for the next few months because we did the best job we certainly could have done in what was a difficult, but ultimately a good Brazilian season.”

The Costa Rican season is now starting to get underway, with the first Costa Rican watermelons arriving in the UK last weekend and the first yellows landing this weekend.

The Panamanian season is also just a week to ten days from beginning.