“Substantial progress” made in green farming 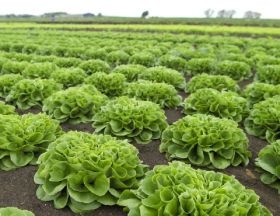 The number of farmers using sustainable farming practises has grown worldwide according to sustainability organisation LEAF.

The campaigners revealed UK farmers adopting their sustainable benchmark jumped to 36 per cent, up from 25 per cent three years ago, according to their latest impact report.

Caroline Drummond, chief executive of the organisation, said their success shows that “science and evidence-based” iniatives can drive sustainability goals.

“We are delighted with the progress we have made and are seeing some real and lasting change in the resilience, productivity and health of farmland across the globe delivering public goods,” Drummond said.

In Britain some produce was almost all LEAF Marque certified, including leeks (95%), asparagus (91%), beetroot (88%) and lettuce (87%), while many crops were grown to LEAF Marque standards for the first time, including bilberry, curry leaves, pulses, macadamia and sunflowers.

In the face of declining soil quality, LEAF also revealed there was improved soil practises with four in ten farms recording soil organic matter, compared with just one in three a year ago. 44% of LEAF Marque certified businesses also have one or more types of renewable energy, and 51% carrying out waste management best practice.

In total, there are 1,032 LEAF Marque certified businesses, operating in 34 countries across the globe from Chile to New Zealand. Over the past year the area of crop produced by these businesses has grown by more 19,000 ha (an area larger than the city of Glasgow) to a total of 386,500 ha, with the UK accounting for 81% of this.

Fifty-one percent of the crop was cereal, with 43% horticulture. The top five crops grown were wheat, barley, potatoes, oilseed rape, and lettuce.