Food and drink imported from EU would be subject to average tariff of 27 per cent, meaning higher costs for suppliers and retailers, report warns 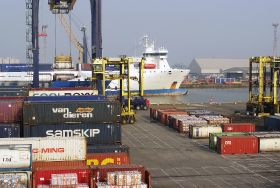 A no-deal Brexit could cost food retailers and their suppliers £9.3 billion, a new report commissioned by Barclays has revealed.

Research for the study by Retail Economics showed that food and drink imported to the UK from the EU would be subject to a new average tariff of 27 per cent. This is considerably more than the 3-4 per cent levy that would apply to non-food products.

Given how slim margins in the grocery sector generally are, this additional cost is likely to be passed on to the consumer

In addition, every consignment of goods from the EU would require a customs declaration, costing a minimum of £50.

And the average cost of complying with sanitary and phytosanitary rules on imported food and drink from the EU could be equivalent to an additional eight per cent duty.

Retail Economics calculated that in 2017 the UK imported £48 billion worth of food and drink, accounting for around 40 per cent of the total British market, however 71 per cent of these imports weren’t subject to tariffs since they weren’t from the EU.

Although a free trade deal or the Chequers plan could see the food industry avoid tariffs, a no-deal Brexit would probably lead to significantly higher costs for retailers and consumers, the report stressed.

“Some products would avoid tariffs, even in a no-deal scenario, but for most goods the effect of an increased tariff burden would be extremely damaging, and cheaper goods would be the hardest hit,” said Ian Gilmartin, head of retail at Barclays Corporate Banking.

The report shows that fully processed products, such as orange juice, would attract the highest tariff rate of 31 per cent, with tariffs of 29.5 per cent for semi-processed food and drink, such as preserved mushrooms, and 9.7 per cent for primary products like bananas and fresh garlic.

According to the report, the products that will be hardest hit are likely to be meat products, sugar, milk powder and cooked or preserved mushrooms.