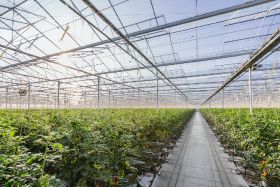 European and UK fruit and veg farms grew in output by 15 per cent between 2014 and 2015, which is the latest data available for the European Commission’s Agriculture and Rural Development Department.

Horticultural workers were also the most productive, with income per labour unit increasing by 12 per cent, making horticulture one of the most profitable sectors.

Much of their gains were offset however with some of the highest labour costs in agriculture, meaning in absolute terms they were ranked third out of all sectors in income gain per annual work unit (AWU)

According to the commission: “Between 2014 and 2015, an increase in output of more than 10 per cent was seen in the farms that specialised in horticulture, wine and permanent crops, while farms specialised in field-crops showed a moderate increase.

“Although average total output in farms specialised in horticulture increased by 15 per cent from 2014 to 2015, average labour input per farm increased by 8 per cent in the same period.”

The report also said the proportion of paid labour on a farm is highest in horticulture holdings “reflecting the horticulture sector’s typical recourse to seasonal workers”.

Horticulture is also able to boast the highest return on assets, according to the report. Return on assets (ROA) measures the effectiveness of a company’s assets in generating income.

The report said: “Farms specialised in horticulture recorded the highest ROA in 2015, 9.4 per cent, which shows that they were the most efficient at generating income from their assets.”

Dairy was one of the worst performing sectors, suffering a decrease in output and a significant decrease in the farm net added value per AWU, at 17 per cent.

According to the commission: “The large income decrease for dairy farms in 2015 was related to a drop in the value of production, which was influenced by the impact of the Russian ban, the abolition of the milk quotas and reduced prices. Many dairy farmers decided to stop dairy farming, so in April 2015 the EU promised to provide farmers with EUR 500 million in liquidity assistance.”