Norovirus discovered in five per cent of lettuces

Vomiting and diarrhoea bug present in 30 out of 568 lettuces tested by FSA, which accuses food industry of “serious negligence” 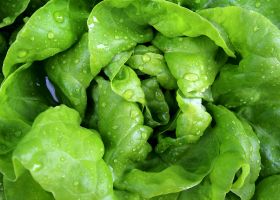 One in 20 lettuces being sold in UK supermarkets contains norovirus, food safety experts have announced.

From a sample of 568 lettuces, 30 tested positive for the vomiting bug, with one in 27 bags of frozen raspberries and two per cent of fresh raspberries also affected, according to The Food Standards Agency (FSA).

Scientists have warned that the virus could also be prevalent in many other items of fresh food.

"Norovirus is the commonest cause of gastrointestinal disease in the UK causing millions of cases annually," researchers told The Sunday Times, adding that their findings suggested serious negligence by food suppliers and retailers.

"One should not expect to find a norovirus in one's lettuce or raspberry. When the virus is detected it is clear that guidance [on food hygiene] is not being adhered to and that in consequence the pathogen is entering the food supply chain."

The FSA’s research was part of a wider study into the sources of norovirus and how it is spread. The organisation has already identified shellfish, particularly oysters, as a risk because they contract the virus from human sewage pumped into the sea.