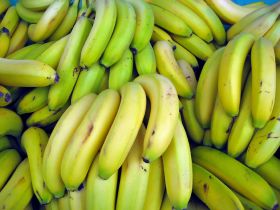 Competition Law is undermining UK companies’ efforts to work together to end poverty in the banana supply chain, according to new research from the Fairtrade Foundation.

Fierce competition in the UK retail market and a perceived fear of breaking competition law is preventing businesses from taking a stand against low wages and poor working conditions in their supply chains, particularly in goods such as bananas, tea and cocoa, the report concluded.

Competition Law includes important regulations to protect consumers from harmful practices such as price fixing, but it also restricts collaboration between competitors on the prices paid to farmers or the wages that workers in a supply chain receive.

Entitled ‘Competition Law and Sustainability: A Study of Industry Attitudes Towards Multi-Stakeholder Collaboration in the UK Grocery Sector’, the document says businesses are near unanimous in the message that competition law is a barrier to taking collective action to tackle low farm-gate prices and wages.

Nyika Brain, international development manager for Waitrose and Partners, said: “From raw materials, to ethical sourcing, to packaging, retailers are under increasing pressure from officially recognised bodies to work collaboratively.”

She added that they simply want clarity from the CMA about what they can and can’t do.

The report investigates why, despite efforts and investment to make supply chains more sustainable, the industry has not come together to address the issue. Its authors conclude that the sector is constrained by fear, arguing that collective action is needed because businesses are afraid to act alone due to the ‘first mover disadvantage’.

Outlining a set of key recommendations for the UK government, the document calls on the Competition and Markets Authority (CMA) to issue clear guidance to private sector companies allowing them to work together to improve the incomes of farmers and workers in developing countries.

The research also recommends that the CMA report on how competition law is affecting progress toward the United Nations’ Sustainable Development Goal ‘to end poverty in all its forms’ and the UN Guiding Principles on Human Rights.

Michael Gidney, chief executive of the Fairtrade Foundation, said: “Millions of the farmers and workers behind some of our favourite groceries – tea, cocoa, bananas – are at the sharp end of trade, struggling with volatile commodity prices and the worsening effects of climate change.

“We’re calling on the government to seize this appetite for collaboration from the sector and encourage the largest players in retail to address the most pressing issue affecting our supply chains: poverty prices.

“The alternative that Fairtrade offers consumers shows that companies can respond to public demands to do better and they don’t have to act alone.”

The ‘Competition Law and Sustainability’ report has been published ahead of Fairtrade Fortnight, which is running from 25 February to 10 March. It marks the start of a three-year campaign for ‘living incomes’ to become a reality for producers around the world.