Over 80 per cent of Brits trying to buy less fruit and veg packed in single-use plastics, while half are willing to pay more for eco-friendly packaging 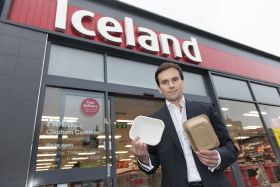 As Brits try to cut down on plastic, eight in ten consumers are watching out for plastic packaging on fresh fruit and veg when they shop, it has been revealed.

Fresh produce emerged as the most common product category in which consumers are actively trying to reduce the purchase of single-use plastics (at 81 per cent), followed by household and cleaning products (36 per cent), homeware (32 per cent), personal care products like shampoo or toothpaste (27 per cent), and cosmetics and skin care (18 per cent).

Meanwhile, two thirds (69 per cent) think all companies should be required by law to use eco-friendly packaging, even if it means prices going up. This rises to 89 per cent among those who feel guilty about the amount of plastic waste they produce.

The data also shows that the majority support top-down policies such as a bottle deposit scheme (80 per cent) or extending the plastic bag charge to all retailers (71 per cent). Currently, only retailers with more than 250 staff are part of the scheme.

Even among those who say they do not feel guilty about the amount of plastic they use, two-thirds (65 per cent) say they would be likely to use a bottle deposit scheme.