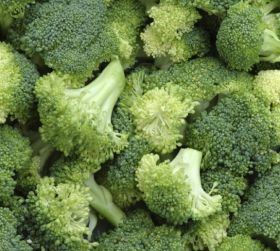 Schizophrenia could one day be treated with a compound found in broccoli sprouts, according to new research.

In one study researchers employed nine healthy subjects to take two capsules containing sulforaphane for a week. The capsules helped boost production of another compound called glutathione which is known for its role in sending messages between brain cells.

At the end of the trial the volunteers’ brains showed a 30 per cent increase in average glutathione levels in their brains.

The volunteers had little side effects from the capsules other than feeling gassy, or having an upset stomach, a major improvement on the more severe effects of current schizophrenia treatment.

According to the World Health Organisation, schizophrenia affects about 21 million people around the world.

"It's possible that future studies could show sulforaphane to be a safe supplement to give people at risk of developing schizophrenia as a way to prevent, delay or blunt the onset of symptoms," said Akira Sawa, M.D., Ph.D., professor of psychiatry and behavioural sciences at the Johns Hopkins University School of Medicine and director of the Johns Hopkins Schizophrenia Center.

Thomas Sedlak M.D., Ph.D., assistant professor of psychiatry and behavioral sciences at John Hopkins Medicine said: “For people predisposed to heart disease, we know that changes in diet and exercise can help stave off the disease, but there isn't anything like that for severe mental disorders yet. We are hoping that we will one day make some mental illness preventable to a certain extent."

Broccoli extract is a rapidly emerging market, tipped to reach a valuation of nearly $3billion by the end of 2027.

Broccoli extract is used to create a purified form of glucosinates that are used as the materials to product neutraceuticals, an umbrella term which describes any medicinal product device from food sources.