The UK has the highest reporting threshold in Europe for plastic production, making reliable plastic data hard to come by 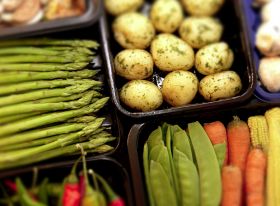 The UK should lower its plastic production reporting levels to help monitor the country’s plastic output, a committee heard.

Speaking in Parliament, Green Alliance senior policy advisor, Libby Peake, told an Efra Select Committee that the UK has the highest reporting threshold in Europe on plastic producers, with businesses allowed to make up to 50 tonnes of plastic packaging without reporting figures.

The high threshold makes it hard to account for the amount of plastic packaging used in Britain for food and drink products, currently estimated at around one to one-and-a-half-million tonnes a year.

With Defra consultations now concluded on reforming the UK packaging producer responsibility system, groups like Green Alliance will be hoping that the government places greater demands on plastic packaging producers to report their output.

Peake said: “There are built-in incentives to under-report as the figures are provided by producers themselves. The National Audit Office did a report last summer and criticised the complicated methodology for determining the amount of packaging placed on the market, so my general observation is that we have got very poor information in this area.

“The consultations that have concluded now have suggested lowering or getting rid of the de minimus threshold which is a very important step in making sure that everyone has to report on the figures they produce.

“The more information you have the better, the figure we’ve submitted to the consultation is that if you’re putting on the market more than one tonne of packaging per year you should be obligated [to report it]. Other countries have either no de minimus or very low de minimus so it is possible to do that and have producers still be viable.”

With global plastic pollution at record levels, inflicting severe damage on the earth’s oceans in particular, debate over how to balance plastic removal against food waste amount is leading to a lot of head scratching in the food industry.

Speaking at the hearing, Juliet Phillips, ocean campaigner at the Environmental Investigation Agency, questioned the extent to which packaging had reduced food waste however.

“A lot of food is still thrown away in the plastic packaging, there was a figure from Wrap which said 37,000 tonnes of pre-packaged salad was thrown away in 2017. The correlation there isn’t simple, we need to look at a whole range drivers including consumer behaviour and other factors in the supply chain,” Phillips said.

Sarah Greenwood, packaging consultant at the University of Sheffield said: “Plastic is really valuable we’re just not managing it properly… It’s all about the supply chain that we choose to use and the choice we have. Tesco aren’t going to sell unpackaged dill their waste figures would be enourmous if they did that. The waste figures would go through the roof it’s the same with bagged salad.”