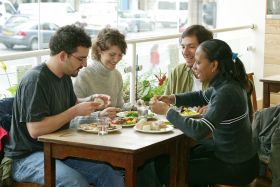 British restaurants are “failing to support UK farmers” by providing homegrown produce in children's meals according to the Soil Association.

The organic campaign group created a new league table ranking children’s food at 28 popular restaurants as part of its Out to Lunch campaign, which deploys a team of secret diner children and parents, to monitor restaurants’ use of seasonal produce and other sustainability measures.

They found that a minority of chains adapt their menus throughout the year to incorporate seasonal, British produce. British pub chain JD Wetherspoons came out on top of the Soil Association’s league table, with organic and sustainable ingredients and plenty of veg on the menu, followed by Ikea and Harvester.

Wahaca also scored highly, sourcing meat and a variety of vegetables from the UK. In contrast, Marks and Spencer café served no vegetables at all on the children’s menu.

The campaign has influenced 13 chains to commit to serving two portions of veg with every child’s meal within the next 12 months. This means more than 11 million portions of veg will be served to children in the coming year.

Hattie Shepherd, Soil Association policy officer, said: “Out to Lunch has kick-started a veg revolution on the high street with more than a dozen popular chains committing to serving two portions of veg with every child’s meal.

“But many chains are failing to support British farmers by serving British and seasonal ingredients. Top performing chains like Wetherspoons and Ikea are showing that cost isn’t a barrier to good food.

“It’s disappointing to see lower welfare standards and environmental degradation dished up to kids through the import of low quality meat from abroad. Children and farmers deserve better.

Out to Lunch also revealed that fifteen chains were found to be serving organic ingredients on their children’s menu, up from four chains when the Out to Lunch campaign began in 2013.

Several chains, including Bella Italia and Giraffe were found to be serving children single-use plastics, like cups and straws, while 88 per cent of paretnst said that children’s food in high street chains isn’t good enough.

Wetherspoons food development manager Oliver Addis said” “We are delighted to have won this award, our children’s meals are extremely popular, and we continually innovate to offer parents the best meals for their children, both in terms of quality and healthy attributes.

Secret diner parent, Anya Hart-Dyke, added: “I have a 2 and 5 year old and find it a real headache eating out on the high street or in supermarket cafes. They just trot out the same underwhelming food for children, even where there are good options for adults.

“The only vegetables ever offered are peas, overcooked broccoli, and baked beans, if you're lucky! And how on earth it's ok to serve sugary fizzy drinks to young children as part of a meal deal is beyond me. In my experience only independent cafes offer wholesome options that support parents to encourage kids to eat a more varied diet." 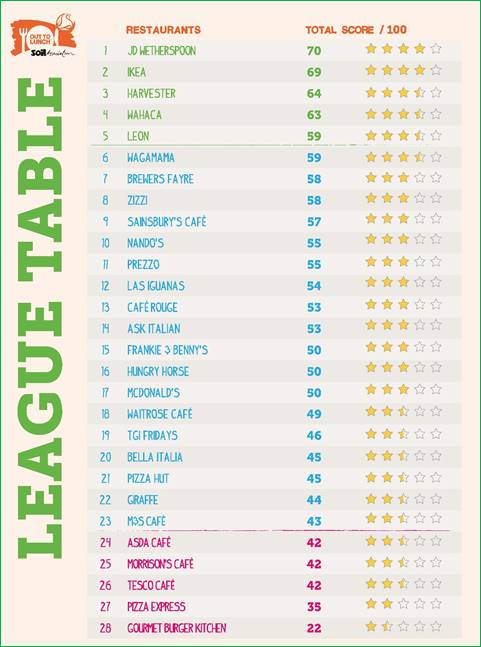