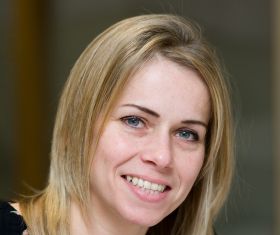 Potato supplier Branston has strengthened its team by promoting its account director to the role of sales and marketing director.

Lucia Washbrook, who has over 12 years’ experience in food manufacturing, started at Branston as national account manager in 2014 and has worked her way up with a series of promotions to a new position on the senior team.

Managing director James Truscott said: “We’re thrilled to be promoting Lucia for a third time, having seen her progress within the team over the last six years.

“Lucia has made an outstanding contribution to Branston during her time here and she has developed the skills and knowledge that perfectly suit her new role of sales and marketing director.”

Washbrook added: “I’m really pleased to be taking on a new role at Branston; it’s a huge privilege. I’ve had the pleasure of working with the fantastic team over the past six years and I look forward to continuing to be a part of the company’s growth and development plans.”

Branston  is one of the UK’s leading suppliers of potatoes, with sites in Somerset, Lincolnshire and Perth. There are currently a number of vacancies at  the company.