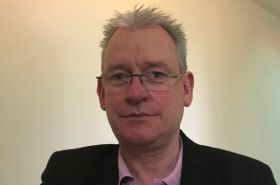 The Gangmasters and Labour Abuse Authority (GLAA) has appointed Ziggy MacDonald as its interim chief executive.

MacDonald has worked in various policy, strategy, finance and analysis roles across the Home Office since 2002, and is seen as an experienced pair of hands within government and the Civil Service.

He will lead the investigative agency for labour exploitation until a successor for Michael Rich is confirmed, with an open recruitment process set to be carried out over the coming months.

More recently, MacDonald was director of the Windrush Lessons Learned Review and for the last few months has been on secondment to the GLAA as a consulting director. He will start as interim chief executive on August 1.

MacDonald said: "It is an absolute privilege to be asked to take on the interim CEO role until a permanent successor is appointed. It is of course not quite what I expected to be doing, as I was due to finish my short secondment in a few weeks' time and return to the Home Office.

"I have had a strong relationship with the GLAA over many years and my immediate aim is to help provide the stability and leadership the organisation needs until a new CEO is appointed. I would like to extend my personal thanks to Michael for all the support he has given me while on secondment and for making it a very pleasurable experience.

"I'm also looking forward to working in partnership with colleagues both here at the GLAA and across other agencies to protect vulnerable workers and to help bring to justice those who criminally exploit people for their labour."

GLAA board chair Margaret Beels said MacDonald’s appointment would provide stability and critical support for the organisation. “Ziggy has a proven track record of working within government at a strategic level and his knowledge of this area will be enormously helpful," she added.

“I know GLAA colleagues will give him their full support in helping us drive forward the agenda that we have all created - making the GLAA the very best that it can be, for the public, for the vulnerable and against the exploiters.”