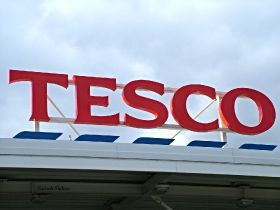 Towards the end of September, the retailer announced a supply partnership with Madrid-based Transfesa Logistics to bring produce from Valencia to Barking via a new express refrigerated service.

That same month, Tesco launched a £5 million investment programme aimed at shifting a greater proportion of its distribution network from road to rail in a bid to reduce its carbon emissions.

According to Business Green, Tesco has also invested in 500 new rail boxes and two new stacking machines with a particular focus on moving more freight by rail in the north east of England.