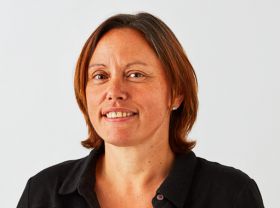 Chief executive of Ocado Retail, Mel Smith, will deliver the 2021 City Food Lecture, it has been announced.

Smith’s selection for the event on Wednesday 10 February (4.45pm-7.15pm) follows a period of unprecedented growth for the world’s largest dedicated online supermarket. Its sales sales continued to rise in the 12 weeks to 1 November 2020, according to Kantar, growing by 36.1 per cent.

John Giles, the chairman of the City Food Lecture organising committee, said: “With the pandemic creating so many changes in the way we buy and consume food, Mel’s lecture couldn’t be more timely. I’m sure her insights into online grocery retail will ensure the 2021 lecture will be fascinating for all who attend.”

Formed in August 2019, Ocado Retail is a 50-50 joint venture between M&S and Ocado Group. It is responsible for ocado.com, online pet store Fetch and Ocado Zoom, a one-hour grocery service.

Smith, who has had an impressive career in food and retail, started out at McKinsey, where she spent 12 years and became a partner, gaining extensive experience advising leading grocery retailers on their operations.

She left McKinsey in 2009 to join TalkTalk as the executive director of operations and integrations, and subsequently moved to Bupa to serve as the global marketing and strategy director.

In 2017, Smith joined Marks & Spencer as strategy director, before being appointed CEO of Ocado Retail in August 2019. She is also on the board of directors of SSE plc and is a trustee of Sadler’s Wells.

Held annually, normally at London’s Guildhall, the City Food Lecture is sponsored by Rathbone Investment Management and organised by the seven City of London livery companies involved in agriculture and food. These are the Worshipful Companies of Bakers, Butchers, Cooks, Farmers, Fishmongers, Fruiterers and Poulters. It brings together 700 industry leaders, academics and liverymen and students from leading universities.

Due to ongoing coronavirus restrictions, the City Food Lecture 2021 will be presented as a virtual event but with a studio broadcast live from the keynote speaker and panellists.

Following the lecture, there will be an interactive Q&A with a panel of food industry specialists chaired by Charlotte Smith, presenter of BBC’s Farming Today.