Comment: Chris Elliott, head of Market Insights at Edge by Ascential, believes Morrisons takeover by Fortress is "a good deal" 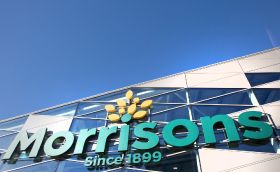 The agreed £6.3 billion takeover of Morrisons by American Investment firm Fortress appears to be a good deal for both sides.

Private Equity firms have increasingly been pursuing takeovers of UK companies since the start 2021 as the lingering effects of Brexit and Covid-19 have suppressed the valuations of UK-listed companies, making them look very attractive. Private equity firms, such as Fortress, have also accumulated more money to spend on new deals throughout the pandemic, making this sort of takeover possible.

As for Morrisons, the deal presented a 42 per cent premium on its share price before the first takeover bid by Clayton, Dubilier & Rice, which Morrisons rejected. However, with Apollo also considering a bid for Morrisons, the value of this deal could be much higher if a bidding war takes place.

A danger for Morrisons would be accepting an offer from a private equity firm that intends to asset strip the supermarket. It owns 85 per cent of its store network and 19 manufacturing sites which would look at attractive for this. However, Fortress has been quick to allay these fears with managing partner Joshua Pack stating, "We are committed to being good stewards of Morrisons to best serve its stakeholder groups, and the wider British public, for the long term.”

Fortress has a track record of supporting the grocery industry as it invested in the US in Albertsons, A&P and Circle K. Closer to home, it also bought Majestic Wines at the end of 2019, bringing back former managing director John Colley to rebuild the retailer. So, there is plenty of evidence to suggest that Fortress is committed to the long-term success of Morrisons.

With Apollo considering a bid, there is still one unanswered question of whether Amazon will enter the fray. Amazon and Morrisons have had a partnership since 2016 and there has always been speculation that Amazon would bid for the supermarket to significantly expand its grocery offering. However, more than five years later its has yet to submit an offer and with a bidding war on the horizon, it seems unlikely it will choose this moment to strike.

However, if Amazon is looking to enter the market its option are running short, with Asda sold last year and Tesco’s huge valuation. It may then feel the pressure to bid but given its acquisition of Whole Foods in the US, it may be looking for a more premium retailer and while it could be tricky, Sainsbury’s is arguably now its best option if it wants to enter the market via a takeover.