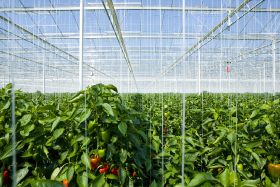 Speaking at Prime Minister’s Question Time Sir Roger said: “On this Back British Farming Day we are at harvest time but all is not safely gathered in. In three weeks Thanet Earth, one of the largest glasshouse companies in the country, has had to trash £320,000 worth of produce because there are no pickers and no drivers, because of a lack of labor force. The crops are rotting in our fields and on our trees.”

But Chris Butler, Managing Director of Thanet Earth, said the food had been redistributed or used for composting. “Today is ‘Back British Farming Day’, organized by the NFU. It’s a chance to celebrate the work of British farmers and growers, and to highlight current issues that impact our ability to feed the nation.

“Sir Roger Gale MP referenced Thanet Earth today in the House of Commons at Prime Minister’s Questions. He told of some £320,000 worth of tomatoes that over recent weeks we have been unable to send to our retail customers because of a shortage of labour in our sector.

“This loss comes because our crop, whilst in production all year round, has seasonal peaks in production. Additional workers are needed at peak times to ensure we can pick and pack the tomatoes and it’s this seasonal labour that is most needed at present. The current shortage of HGV drivers is also impacting our ability to get the packed product distributed in good time on to retail distribution centres.

“The ‘wasted’ tomatoes have either been redistributed through local charities and the FareShare network or have been routed to compost production."

Thanet Earth generated its first crop of cucumbers, tomatoes, and peppers in 2009 and formed a partnership with Fareshare in 2013 to distribute surplus produce. Its turnover exceeds £107million per year, according to the report, and the company needs in excess of 800 pickers.