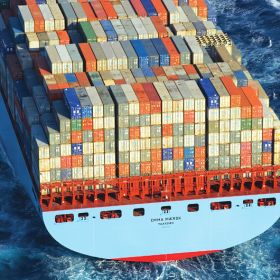 The government has launched its beefed up Trade and Agriculture Commission (TAC) as part of its response to the previous commission’s recommendations.

The government has also set out more detail on measures being introduced to support farmers, in response to recommendations in the original TAC report. They include a new cohort of international ‘agri-food attachés’ who will work around the world to promote export opportunities for UK farmers and producers, providing market intelligence and technical expertise.

There will also be a new Food and Drink Export Council to work in collaboration with industry and governments in Scotland, Wales and Northern Ireland to promote exports from all parts of the UK, helping to level up the country.

The response stresses that maintaining the UK’s high standards will be a red line in all trade negotiations, with no compromise on our high environmental protection, animal welfare or food standards. The government said any deal it signs with other countries will include protections for the agriculture industry, with a range of tools to defend British farming against any unfair trading practices.

'Plenty of work to do'

The announcement received a mixed response from the NFU. President Minette Batters noted the government had made some important commitments in its response to the TAC report, particularly to provide greater resource to promote British food overseas as well as a positive commitment to review public procurement and country of origin information for out-of-home eating.

"The NFU wants to work with the government in establishing the new Export Council to open up real market opportunities overseas for UK food and farming businesses," she continued. “It is also good to see the new TAC established, which more than one million people supported when they signed our food standards petition.

However, Batters pointed out that one of the key drivers for setting up the TAC in the first place was to find practical ways of safeguarding the high environmental and animal welfare standards of UK farmers. "This response needed to move on from warm words to concrete commitments and practical and deliverable measures, which it has failed to do," she said. "Where is the commitment to establish a clear set of core standards on which to base our free-trade agreements – something farmers and the British public alike want to see?

“We can’t overlook the fact that it’s taken more than six months for the government to respond, in which time two important free-trade deals have been agreed in principle and which will impact on British farming significantly. The government has missed the opportunity to make these new trade deals fit for the 21st century by ensuring food imports will meet the high animal welfare and environmental standards legally required of our own farmers and desired by the public.

“The disconnect between the government’s domestic and trade policies is stark and needs bridging urgently. The NFU has repeatedly stressed the importance of a strategic approach to boosting domestic food production so farmers can compete in the face of new trade deals and, given the TAC’s own recommendation for a new agri-food trade strategy, it’s frustrating that government has once again failed to address this.

“There remains plenty of work to do and the NFU stands ready to work with the government to ensure the UK’s trading position equally benefits British farmers and the British public who truly value quality, sustainable, climate-friendly British food.”