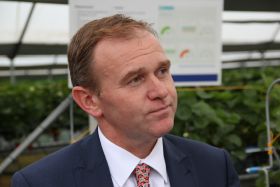 The Government has unveiled the next stages of its plan to reward farmers and landowners for actions which benefit the environment, alongside nature recovery and work towards net zero.

Two new environmental land management schemes will attempt to halt the decline in species by 2030, with pledges to bring up to 60 per cent of England’s agricultural soil under sustainable management by 2030, and restore up to 300,000 hectares of wildlife habitat by 2042.

The Local Nature Recovery scheme will pay farmers for locally targeted actions which make space for nature in the farmed landscape and countryside such as creating wildlife habitat, planting trees or restoring peat and wetland areas.

Taken together with the previously announced Sustainable Farming Incentive, which supports sustainable farming practices, the two new schemes are designed to provide farmers and landowners with a range of voluntary options from which they can choose the best for their business.

Defra said the reforms are “the biggest changes to farming and land management in 50 years” with more than 3,000 farmers already testing the new schemes.

Speaking at the Oxford Farming Conference on 6 January, Defra secretary George Eustice announced that applications will shortly open for the first wave of Landscape Recovery projects.

Up to 15 projects will be selected in this first wave, focusing on two themes: recovering England’s threatened native species and restoring England’s rivers and streams.

These pilot projects are aimed at delivering significant environmental benefits including:

- The creation of 10,000 hectares of restored wildlife habitat.

- The improved status of around half (45-57 per cent) of the most threatened species in England, including the Eurasian curlew, sand lizard and water vole.

Eustice said: “We want to see profitable farming businesses producing nutritious food, underpinning a growing rural economy, where nature is recovering and people have better access to it.

“Through our new schemes, we are going to work with farmers and land managers to halt the decline in species, reduce our greenhouse gas emissions, increase woodland, improve water and air quality and create more space for nature.

He added: “Farming in England is moving away from the arbitrary land-based subsidies and top-down bureaucracy of the EU’s Common Agricultural Policy, towards schemes that recognise the work that farmers do as stewards of the natural environment. Defra is working in partnership with farmers to design the new schemes and support the choices that they make for their own holdings.

“Local Nature Recovery is the improved and more ambitious successor to the Countryside Stewardship scheme in England. It will reward farmers taking action at a local level and working together to tackle issues such as water pollution by reducing run-off, mitigating flood risk by installing flood reservoirs, restoring peat or wetland areas, and adding trees and hedgerows to fields.

“An early version of the Local Nature Recovery scheme will be trialled in 2023 with a full roll-out across the country from 2024.”

Responding to the announcements, NFU vice president Tom Bradshaw said: “The NFU has always maintained that the ‘public money for public goods’ approach must focus on sustainable food production and environmental delivery going hand in hand. While it is encouraging that sustainable food production is recognised, there is still a lack of detail on how it fits in with the schemes’ ambitions to improve farm biodiversity, restore peatlands and manage woodlands. This lack of detail is preventing farmers from making crucial long-term decisions that are essential to them running viable and profitable businesses.

“There are still a number of questions that need answers, not least the costs farmers are likely to incur from participating in these new schemes and how the schemes are accessible right across the country and for every farmer. Currently there appears to be a lack of options for tenant farmers to get involved and this must be addressed as a matter of urgency.

“It is also clear that neither Local Nature Recovery or Landscape Recovery will be widely available to farmers over the next three years, making it difficult to replace the falling income from BPS.

“To remedy this, farmers must have more detail about the new Sustainable Farming Incentive (SFI). Specifically, when will SFI ‘early rollout’ be launched this year and how quickly can the SFI offer be increased to enable greater uptake, so they can make the important decisions needed now which will affect their business for years to come?

“Only by ensuring these schemes incentivise sustainable food production, allow every farm business to be involved, and pay farmers fairly for the costs they incur, will they attract the participation the government envisages to deliver our collective environmental and net zero ambitions.

“At a time when public support for British food and farming is at a high, our biggest concern is that these schemes result in reduced food production in the UK, leading to the need to import more food from countries with production standards that would be illegal for our farmers here. This simply off-shores our production and any environmental impacts that go with it and would be morally reprehensible.”

Mark Tufnell, president of the Country Land and Business Association, added that the schemes have the potential to be transformative and bring England closer to the Government’s environmental goals, but he stressed the need for greater detail on how they will be carried out.

“Land managers will need support to access these opportunities, and we must remember that individual businesses are at the heart of these changes,” he said. “All are unique in terms of farm type, location, size, and management technique.

“Businesses more reliant on farming will be more at risk, and not all businesses have the same opportunities for ELM or diversification. Tailored advice that is accessible to all recipients is required to ensure that the transition does not have unintended consequences and result in viable operations going out of business.

“These schemes are by no means a silver bullet. The Government must also ensure that policy changes look towards domestic food production and security.”

The Soil Association's policy director Jo Lewis welcomed the plans but called for more systemic change. She said: "The latest announcements on the Environmental Land Management Schemes are encouraging, but they still risk falling short of the transformational change needed. To drive that change, we need clearer, quantified targets, such as for reducing pesticide and artificial nitrogen fertiliser.

“The government must also acknowledge that these schemes won’t work in isolation. They risk failure if they are forced to compete with mounting commercial pressures that encourage more intensive farming and cheap food production, for which the environment and our health ultimately pays the price.

“Rewarding nature-friendly farming practices is only part of the equation. We need fairer, shorter supply chains that prioritise nutritious food over cheap, ultra-processed food, and which fairly rewards farmers. And we must stop signing trade deals that undercut our farmers by wiping out nature abroad.

“The National Food Strategy has clearly said that most farmers on most land need to be farming agroecologically to reverse the climate, nature, and health crises. These farm payments are welcome, but the government’s White Paper response to the National Food Strategy’s recommendations will be a crucial test for how effective they will be."