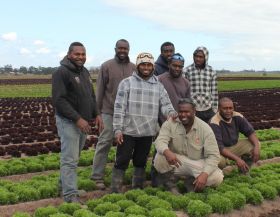 The Australian govenrment has launched a Senate inquiry into the possibility of expanding the 'Seasonal Worker Programme' that currently allows growers to employ workers from Pacific Island nations when there's a shortage of local labour.

Since kicking off in July 2012, the Seasonal Worker Programme has been slow to take off, though in June 2015, the Australian government withdrew its previous cap on the number of workers allowed to participate in the programme.

In situations where Australian employers in the horticultural industry are unable find enough local labour to satisfy seasonal demand, they can employ workers from Fiji, Papua New Guinea, Samoa, Tonga, Vanuatu, Solomon Islands and Timor-Leste to work low-skilled jobs including picking, packing and pruning for up to six month stints, while workers from Kiribati, Nauru and Tuvalu can work for up to nine months.

Paid on Australian wages, or piece rate wages, the remittance scheme is often one viewed as a form of foreign aid, with the workers taking much of the money back to their families. One of the other key benefits for the workers has been their own up-skilling.

In Victoria's East Gippsland region, Lindenow-based Riviera Farms has become the first company in the region to participate in the Pacific Island Seasonal Worker Programme.

The first group of workers arrived in December 2014, returning home to Vanuatu in May where they have since set up their own vegetable plots and are training other community members.

With more than 2,000 acres (809ha) across Victoria, Tasmania and New South Wales, as well as its own nursery and logistics company, Riviera produces a 12-month supply of baby leaf salads, asparagus, beetroots, mache, as well as red and gold shallots, among other produce lines. The newest line of baby vegetables packed for the food service industry and markets along Australia’s East Coast has proven more labour intensive, meaning more hands-on work for its staff.

Riviera Farms relies heavily on seasonal workers across its summer and winter crops in all three locations, with two farms alone in East Gippsland.

And the biggest challenge for the expanding company? Labour.

Riviera Farm’s managing director Nelson Cox says he began looking for alternative seasonal labour options around two years ago, and got in touch with Connect Group, the Victorian-based organisation that connects workers from Pacific Islands with growers in Australia as part of the government sanctioned Seasonal Worker Programme.

“Using the services of Connect Group and the Seasonal Worker Programme gives me confidence that our workers are being looked after,” Cox told Produce Plus. “Before, we weren’t responsible for accommodation, or transport, so this has been a huge challenge and a big change, as well as a significant investment. Now, we have more responsibility but we felt it was the right thing to do.

“There are still challenges, but this is a work in progress.”

Labour issues have come to the forefront of the horticulture industry in recent years, more recently when the ABC Four Corners programme ‘Slaving Away’ brought to light stories of abuse and neglect of foreign workers by some of the industry’s labour hire firms.

While the now uncapped programme has expanded across other industries, employers are still required to contribute to return airfares, and in some cases supply local transport and accommodation as well as guarantee a minimum average of 30 hours work each week to ensure the programme is both cost effective for the grower and financially viable for the workers to come to Australia.

Tony Lotton, regional Victoria business development manager of Connect Group, said that it’s unusual for an industry to have to provide accommodation and transport for workers.

“This is a significant investment and challenge for the grower,” Lotton said. “Since the scrutiny on labour hire has increased, it’s become an expectation that horticulture businesses will provide accommodation for workers, with the finger getting pointed at growers when something goes wrong, but often it is the contractors who need to be more accountable.”

With 20 to 30 product lines across Riveria Farms, Lotton said this was the first time Connect Group has worked with a grower which had more than two or three lines, proving quite challenging not only in terms of staff, wages and training, but also the internal and external management of the programme.

While there are still some issues to be ironed out, Cox said one of the benefits is of the programme is seeing the same workers everyday – something that didn’t always happen with contractors, meaning less training and supervision is needed.

“This is the only way to be confident that it’s alright,” Cox said. “Long-term, the benefits for us are better quality, consistency and efficiencies.”

Closer to Melbourne, Koo Wee Rup-based Vizzarri Farms, Australia’s largest asparagus producer, has been involved in the Pacific Island Seasonal Worker Programme since its inception, starting with a small crew from Vanuatu in 2010. The Seasonal Worker Programme now accounts for a significant percentage of the workforce on its labour-intensive asparagus and broccolini lines.

Gone are the days when Australian workers would follow harvest seasons from farm to farm, and while Vizzari Farm’s managing director Joe Vizzarri said the company looked into electronic harvesting, he says it just wasn’t feasible with a height-varying crop as asparagus.

“So we invested in the Pacific Island worker programme, and have made significant investments in accommodation, infrastructure and transport. It’s been a major exercise.” Vizzarri said. “But what we’ve found is that the Pacific Island workers have a completely different attitude. It can be virtually impossible to make money on the islands and I feel like we’re contributing.

“They’re here to work hard and are provided with an opportunity to make good money that they can send back to their families,” Vizzarri said. “These guys are fit and strong and have the right attitude to work. Most people would rather be sweating in the gym; these aren’t jobs that many people would want to get into.”

Founder and managing director of Connect Group Michael Fryszer said he sees potential to expand the programme to the point where workers can be moved across several growers’ farms depending on the harvest.

“This programme now has enough success stories to be taken seriously,” Fryszer said. “This is the best year we’ve had in the programme and the future is looking promising.”