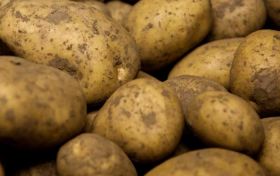 The peak body for Australia’s vegetable industry, Ausveg, is concerned potato growers will be left out of pocket after the country’s largest potato supplier entered receivership last month.

Oakville Produce entered voluntary administration in early May, with some growers now reporting that they are owed hundreds of thousands of dollars.

Ausveg said growers’ debts must be considered a priority as creditors are repaid, and is calling for support from the Australian Competition and Consumer Commission, the Australian Securities and Investments Commission and Oakville’s receiver Deloitte to ensure that small farmers are not disadvantaged.

“The rationalisation of the potato industry and its supply chain is increasingly requiring Australian growers, many of whom are operating farms that have been in their family for generations, to rely on large packhouses to stay in business,” said Ausveg spokesperson Jordan Brooke-Barnett.

“Unfortunately, this means that if these companies suffer financial misfortune, Australian growers can bear the brunt of the damage and are often the last in a long line of creditors to receive payment due to having less resources to pursue recourse when compared to larger companies.”

“We’d like to see more protections to ensure that our hard-working growers are fully compensated for any debts that exist in this sort of situation.”

Brooke-Barnett said Ausveg also hoped to see further scrutiny of potential buyers who are looking to take ownership of Oakville to ensure that they have a long-term plan for the ongoing success of the company. Brooke-Barnett said it was important buyers understood the trading environment of the Australian potato industry and the dominant market forces at play.

“We don’t want to see ongoing turmoil with continued turnover of these major players which can leave Australian growers out of pocket,” Brooke-Barnett explained.

Oakville had been a dominant force in the Australian potato industry, supplying about three-quarters of all the potatoes sold in Woolworths supermarkets and having almost a quarter share of the entire fresh potato market in Australia.