Australia’s health sector could save A$3.4bn if unhealthy food was taxed and fruit and vegetables subsidised 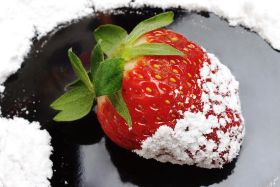 A study of the cost effectiveness of taxing unhealthy food and subsidising fruit and vegetables has found Australia’s health sector could save A$3.4bn.

The study simulated the effects of introducing taxes on sugar, sugar-sweetened beverages, saturated fat and salt, while subsidising fresh and preserved fruit and vegetables so that when combined the five policies would have a negligible effect on the average weekly expenditure on food.

For a population of 22m, the report showed the policies could save A$3.4bn to the health sector over the lifetime of the population, adding 2.1 years of healthy life for every 100 Australians alive in 2010.

“With potentially large health benefits for the Australian population and large benefits in reducing health sector spending on the treatment of non-communicable diseases, the formulation of a tax and subsidy package should be given a more prominent role in Australia’s public health nutrition strategy,” the report said.

“The Australian government should follow the lead of France, Mexico, the UK, and other countries in developing a policy for taxing and subsiding foods and drinks to improve public health.”

Of the five policy options, the study found that introducing a sugar tax would have the biggest health gains for Australians, but that a subsidy of fruit and vegetables alone would not necessarily lead to health benefits for the population. While more research is needed, it found that the savings from subsidising fruit and vegetables could lead to a higher expenditure on food, and in turn mean a larger portion of income spent on unhealthy foods.

With dietary factors leading to 10 per cent of global disease burden, and price a key driver of food purchasing, as well as studies showing people reduce consumption of unhealthy food when the price of food is increased.

Roadblocks to introducing such policies would include the food industry not supporting policies that would “steer consumption away from profitable processed foods”.

"With large multi-national corporations playing a powerful advisory role in the negotiation of international trade and investment agreements, governments may be less willing to implement public health policies and programs that compel action from food manufacturers," the report said. "Given the huge global burden of dietary-related disease, and the rapid escalation that is occurring in low- and middle-income countries, it could be helpful if there was a legally binding global convention around diet, similar to the World Health Organization’s Framework Convention on Tobacco Control, to support and protect government rights to implement taxes and regulatory measures that will improve public health."

The findings echoed a recently published article in the Medical Journal of Australia by Council of Presidents of Medical Colleges chairman Nicolas Talley, who called on Australia take action to counter the obesity pandemic.

Talley wrote that with one in four Australian children now overweight or obese, and more than two-thirds of adults, urgent measures need to be put in place to counter the increase in obesity, with evidence that the food industry has been a major contributor to obesity globally..

The Council of Presidents of Medical Colleges compiled a ‘six-point plan for action on obesity’ last year, which includes stronger voluntary regulation and new legislation, including reducing unhealthy food marketing to children, and reducing the consumption of unhealthy high sugar beverages by introducing a tax.