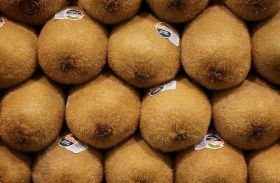 New Zealand’s kiwifruit growers have voted in favour of retaining a compulsory levy on their fruit, which is currently used to fund the work of New Zealand Kiwifruit Growers (NZKGI).

Revealing the results of a referendum on the levy, independent returning officer Warwick Lampp, of Electionz.com, announced 85 per cent of participating growers voiced their support for the levy.

Votes were cast by 49 per cent of growers eligible to vote in the referendum, representing 63 per cent of the country’s total kiwifruit production.

These results compare favorably to a similar levy referendum held in 2011, where 87 per cent of voters supported the levy. In that instance votes were cast by 42 per cent of growers eligible to vote in the referendum.

“The positive result is a great endorsement for our work over the last six years,” says NZKGI Chairperson, Doug Brown. “It is especially pleasing to improve on our voter turnout given the last referendum took place when many growers were very engaged in the kiwifruit industry due to the outbreak of Psa.

“The kiwifruit industry is experiencing a real growth phase and has an exciting future. NZKGI will be there to make sure that growers interests remain the top priority.”

The levy will be used to continue to fund NZKGI’s operations. In addition, NZKGI said there will be significant new activity in the areas of communications and performance monitoring.

The levy is currently set at NZ$0.01 per tray and can only be increased by vote at a NZKGI AGM or special general meeting.

NZKGI has informed New Zealand Minister for Primary Industries, Nathan Guy, of the result and will be applying to his office for a new levy order that will run through to 2024.