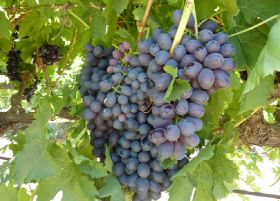 Only nine South Korean counties have been cleared to export grapes to Australia under the current protocol.

The report suggested this will be extended under a new deal announced by South Korea’s Animal and Plant Quarantine Agency. The deal will reportedly ease quarantine restrictions on the Campbell Early variety.

“With the lifting of restrictions and more grape growing regions eligible to export goods, the country should see a rebound in exports moving forward," a quarantine official told Yonhap News Agency.

Australia opened market access to South Korean grapes in 2014, with around 50 tonnes shipped in 2015. Exports receded to around 24 tonnes last year according to the report.