1,200 guests enjoyed a taste of Australian summer at an Australia Day-eve event held in Seoul 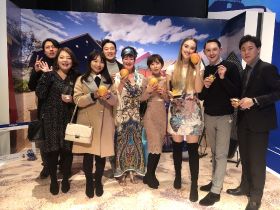 The event was given the theme ‘Australia Day Open’ and combined iconic Australian foods with a live screening of the Australian Open semi-final tennis match.

Guests including government and business representatives, media and influencers attended the event which was a celebration of all things Australian.

Australia enjoys a 24 per cent import tariff when sending mangoes to Korea. This is around six percentage points less than many other countries who must comply with the standard 30 per cent applied to WTO members. Australia has been shipping mango to Korea since it gained an access protocol in 2010.