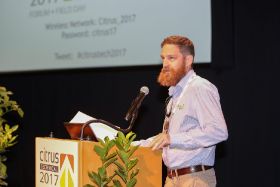 In the wake of Australia’s federal election last weekend, Citrus Australia outlined a number of issues surrounding water, labour and biosecurity, it wants the new government to address.

Hancock argued for a review of the river system to ensure future supply for horticulture development. However, Citrus Australia does not agree with calls for a moratorium on issuing new water-use licences in the meantime.

“Growers expect surety of supply. The system is physically unable to deliver quantities of water required in some areas,” Hancock said.

“Therefore, we ask for a review, with forward planning and an assessment of capacity for the river system to meet current and future development.”

In regard to labour, Citrus Australia hoped more support would be given to the estimated 25,000 people employed in citrus production.

“We support the seasonal worker program as a core component to a stable seasonal workforce and ask for the government’s support for an efficient national labour hire contractor registration process and system, to ensure no under payment and misuse of piece work agreements,” said Hancock.

Finally, the industry body called for more investment in Australia’s biosecurity, particularly at the country’s borders. Hancock asked the new government to invest in more resources such as biosecurity officers and sniffer dogs and increase penalties for those who attempt to illegally import foreign materials.

“Australia benefits from natural protection as an island continent; however, the increase in holiday makers and international visitors and the reported increase in imported goods has significantly increased the risk of exotic pest incursion,” Hancock said.