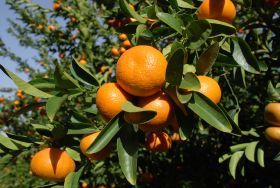 The Australian Horticultural Exporters’ and Importers’ Association (AHEIA) has joined other industry bodies in condemning a proposal increasing fees and charges for export certification activities.

According to AHEIA, Australia’s Federal Department of Agriculture is proposing increases as much as 277 per cent for some certification activities.

The association says the changes would restrict the government’s commitment to enable Australian agriculture to become a A$100bn (US$68bn) sector by 2030.

“The Department of Agriculture has a responsibility to develop and implement programmes that support a more profitable, more resilient and a more sustainable agricultural sector that will in turn, help drive a stronger Australian economy,” Magiafoglou said.

“These proposed increases will have a vastly detrimental effect on horticultural exports, reducing the ability to compete globally and the impact will be felt all the way back to the farm gate.”

Citrus Australia is another industry body opposed to the changes, it said these fees will cost the average grower tens of thousands of dollars before they have even exported a single carton.

Joseph Saina, chairman of AHEIA, said the association recognised the Department of Agriculture had costs cost to meet, but there was no indication of how the money would be used.

“Across the board and based on the volumes and proposed fee hikes proposed by the department, this represents a phenomenal A$3.8m (US$2.6m) revenue increase for the department,” Saina said.

“This is without clear indication of where the money will be spent, nor providing any assurance for an improvement in service standards which have impeded export growth to date.”

AHEIA is preparing a detailed response to government and encouraged its members to provide input before the consultation period closes on 10 December.