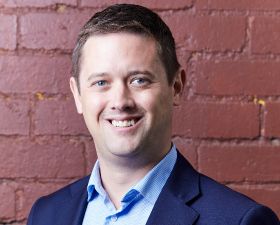 Coote, who has held the role of Ausveg national manager – export development since 2014, succeeds James Whiteside, who resigned in March.

Coote led and transformed the industry’s export activities and strategy over the last seven years, with a strong focus on grower capability building and market engagement to grow the industry’s trade to high-impact markets.

In a press release, Ausveg highlighted Coote’s background in agriculture and government, noting he would “bring a high level of enthusiasm, industry knowledge and strong networks across the supply chain to the role.”

Ausveg chair Bill Bulmer said the appointment of Coote to the role of chief executive was an exciting opportunity for the organisation and testament to the high calibre of leadership that exists within the team.

“Michael is well-known to the Australian vegetable and potato industry. During his time at Ausveg, Michael has demonstrated exceptional skills in management, leadership and stakeholder engagement that have helped improve the outlook of exporting for Australian vegetable growers in key markets,” said Bulmer.

“The Ausveg board undertook an independent recruitment process that identified several strong candidates, but Michael’s affinity to the industry, his deep understanding of how the industry operates, his networks across the supply chain and his vision for the future of the organisation and the broader industry make him the ideal person to lead Ausveg for years to come.

“The Ausveg board is confident Michael is the most qualified person for the role and will lead the organisation, and the industry more broadly, through the Covid-19 pandemic and lead a period of growth and prosperity in the years ahead.”

Bulmer also paid tribute to outgoing chief executive James Whiteside, who has been a strong advocate for efficient and effective representation at national and state levels.

“James has been a tremendous asset to Ausveg, boosting the organisation’s advocacy capability to ensure Ausveg has a key voice to government and the broader industry, and has helped grow the Hort Connections event to become the leading event in Australian horticulture,” added Bulmer.

“The Australian vegetable and potato industries are two growing and dynamic sectors within horticulture, and the industry’s success will in part be driven by the depth of industry and business knowledge represented in Ausveg board and its senior management.”