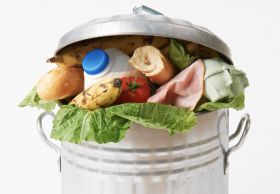 Research shows Millennials and Generation Z (Gen Z) are responsible for the largest amounts of food waste in New Zealand.

According to the Rabobank/KiwiHarvest Food Waste survey, administered by independent research agency Kanta, Gen Z consumers in New Zealand toss out 49 per cent of the food they buy, while Gen Y, or Millennials, dispense of 50 per cent. In comparison, Gen X at 40 per cent and Baby Boomers at 34 per cent, are consuming more of the food they purchase.

The value of New Zealand’s total food waste was estimated at NZ$2.4bn per annum.

Fruit and vegetables were the food product disposed of most by New Zealanders, making up nearly two thirds of all food waste.

“Eating a diet high in locally-grown, in season fruit and vegetables is one of the best choices we can make for the health of ourselves and the health of the planet. We just need to make some adjustments to the way in which we buy, store and use that fresh produce,” Prendergas explained.

“We encourage all Kiwis to make smart choices when they shop. Buy only what you need, store your fresh produce carefully and use as much of the plant as you can. Small choices like eating an apple with the skin on rather than peeling it or using up left over vegetables in a tasty soup can make a big difference.”

Prendergast said New Zealand’s fresh produce industry is keen to capture the climate activism passion of Generations Y and Z to drive a reduction in the waste produced by these groups.

“Young Kiwis are strongly supportive of action to reduce climate change,” he explained. “We see a real opportunity here to highlight the connection between reducing food waste and reducing harmful emissions.”