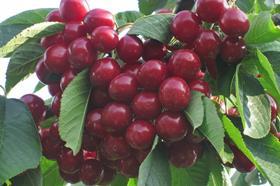 Australian cherry growers have refuted claims made in Chinese state-owned media that their fruit is inferior to other countries.

News.com.auhas reported an article published by Global Times suggested the taste and quality of Australian cherries had dropped, prompting Chinese consumers to turn to products from other countries.

Cherry Growers Australia president Tom Eastlake rejected the claims, noting: “We are positioned as the premium cherry product in the world. Seventy-two hours from hanging on a tree, it is in the market.”

Eastlake said Australia's cherry growers don’t send fruit that doesn’t meet the quality standards to export markets as they did not want to risk the industry’s reputation.

He also said the sector had received no complaints from Chinese customers, and cited the lack of available airfreight as the reason export volumes had fallen in 2020.

“The most reassuring thing for me is when you ring your key people in China and ask if everything is okay, and they ask for more product.

“We don’t have a plan B for China. Not because we don’t have any other options, we’ve got plenty, [but] we want to keep working with them, which we will, to see our product get there.”

“I’ve tasted both Batlow and Young cherries… and they were the biggest, plumpest, ripest, most tasty cherries I’ve ever had,” said McCormack.

“I’m sure wherever else they produce cherries in Australia, they are the best. And you want to get stuck into them; they’re great. Red, juicy, plump. Beautiful.”