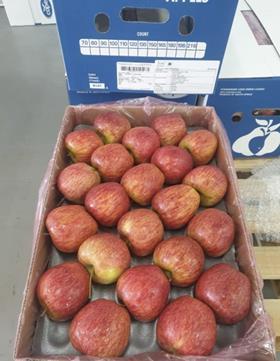 Karvat said the retail price of Cameo would be similar to Royal Gala and Red Delicious. “The colour is not as intense as Royal Beaut, which is a high colour grade of South African Royal Gala,' he noted.