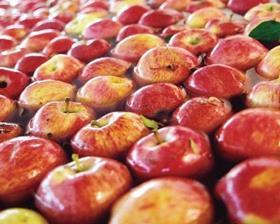 Chilean fruit exporters say they are working hard to comply with new Indian import regulations requiring certain fruit and vegetable imports to be certified as non-GMO.

The law, which came into force on 1 March following a three-month postponement, means that a selection of fresh produce imports to India – including apples, melons, plums, peppers, and tomatoes –must now carry proof they have not been genetically modified.

Apples have spearheaded Chile’s fruit export drive in India. Last year they made up 62 per cent of the 32,000 tonnes of total fruit shipments to this market. Kiwifruit was in second place, accounting for 34 per cent of shipments.

Blueberries, avocados and cherries are also exported to India, albeit in limited quantities.

This season also saw Chile carry out its first cherry promotional campaign in India targeting consumers and wholesalers through traditional and online channels.