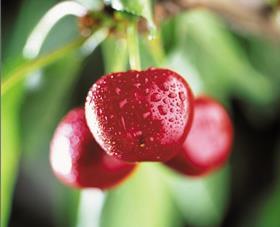 Chile will be able to export apples and cherries to Vietnam after Agriculture Minister Antonio Walker and the Agricultural and Livestock Service (SAG) agreed the import protocol with its Vietnamese counterparts last week.

The deal also paves the way for Vietnamese pomelo and mango shipments to Chile later this year.

This agreement will allow Chilean apples to enter the Vietnamese market from this month while cherry shipments will get the green light in August.

“We must continue opening new markets for Chilean products so that we don’t rely too heavily on any single market and can be increasingly competitive in international markets,” Walker said.

Improving access to Southeast Asia and its 600m inhabitants is one of the main objectives of the Chilean government.

Chile has shipped small quantities of apples and cherries to Vietnam in the past, sending 119 tonnes of apples in 2015 and 52 tonnes of cherries in 2016. But the new deal paves the way for a significant increase in exports, which is already an important destination for Chilean table grapes.

SAG has also agreed to sign a cooperation deal with the Plant Protection Department (PPD) of Vietnam.