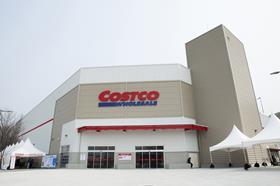 US-based retailer Costco opened the doors of its first brick-and-mortar store in China on 27 August and was met with such a large crowd it had to close early, according to news sources.

Costco’s flagship store is located in Shanghai’s Minhang districtand comes five years after the company first entered the Chinese with an online store.

A report from the South China Morning Post said the store was forced to close just hours after it opened after local police ordered the suspension of business as it became increasingly difficult to control the crowds.

There were reports ofthree hour waits to find a space in the store’s parking lot while there was an additional two-hour wait for the checkout. Posts on social media showed lines to enter the store stretching around the building.

“It was chaotic as throngs of shoppers flocked to get some good bargains,” one shopper told the South China Morning Post. “There were bust-ups between anxious shoppers.”

As a membership-based retailer, consumers are required to have a membership to shop Costco. The company offers two types of memberships at its physical store, one for families and one for businesses. Both have an annual price of Rmb299 (US$43).