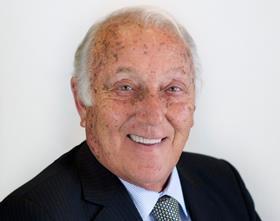 Costa and his brother Adrian took over the family fruit and vegetable business in 1958, growing Costa Group into a billion-dollar company.

“Frank was a great Australian who through his leadership and vision helped build the Costa Group into the global leading fresh produce business that it is today,” said the group's managing director and chief executive, Sean Hallahan.

“He was a people champion and he lived by the mantra of ‘hire for character, train for skill’.

“He placed considerable store in a person’s character and integrity, most importantly he led by example and created a strong people focused culture within the Costa business which is still going strong to this day,” he added.

Costa was appointed an Officer of the Order of Australia (AO) in 2015 for his distinguished services in sports, business, religious, medical, educational and social welfare organisations.

Acting Victorian premier James Merlino said Costa was an 'extraordinary individual' who was 'passionate not only about the Geelong Football Club, but the entire Geelong region.”

Merlino added the government would consider a state funeral if the family wanted one.

In a statement, Costa Group said it “extends its sincerest condolences and best wishes to Frank’s wife Shirley and the entire Costa family.”

Costa is survived by his wife of 61 years, Shirley, and their eight daughters.