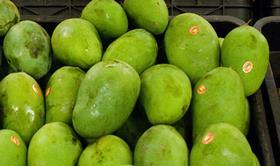 Indonesian President Joko Widodo has expressed his concern at the low rate of fruit consumption in the country.

Widodo said the rate of fruit consumption among Indonesians was 88.5g per person, per day despite the availability and affordability of various indigenous fruits in the country.

“It is still well below the World Health Organisation (WHO) recommendation pf 150g per person daily,” said Widodo, when opening the Archipelago Fruit Exhibition.

According to a report by Tempo, Widodo has called on Indonesians to consume more fruit, particularly amid the pandemic, during which it is vital people safeguard their immune system.

As for the export potential of fruit indigenous to Indonesia, Widodo said the potential is promising.

“Indonesia had exported mangoes, pineapples, bananas and mangosteens to various countries, and [I hope] more Indonesian fruits will follow suit so that people around the globe will also love Indonesian fruits,” he noted.