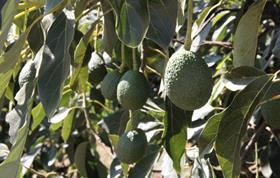 The Kenyan avocado industry has received a welcome boost with China granting access to its fresh products.

The deal to export avocados to China, which was originally agreed in April 2019 between Kenyan President Uhuru Kenyatta and his Chinese counterpart Xi Jinping, has finally come to fruition.

Fresh avocados were originally excluded from the agreement due to fruit fly fears on the part of the Chinese authorities, with access restricted to frozen produce, but they are now allowed to enter China.

The Kenya Plant Health Inspectorate Service (Kephis) announced changes to the import protocol for Kenyan avocados into China in a briefing document sent to the industry. From the document, it appears the Kenyan industry still faces tough compliance regulations before it can start loading containers.

Director of Kenya Fresh, Priscilla King’angi, said the revised protocol is good news for the Kenyan industry because very few companies had the capacity to export frozen avocados successfully.

Kephis managing director Theophilus Mutui said only one company out of 100 could comply with the frozen avocado protocol. Since then, the Kenyan industry has worked hard behind the scenes to get the two governments to change the protocol.

Mutui said all fresh avocados shipped to China must comply with all applicable Chinese phytosanitary laws and regulations, health and safety standards and must be free of quarantine pests of concern to China producers.

All production units, packhouses and fumigation treatment facilities must be registered by Kephis. Producers and exporters are also expected to apply Good Agricultural Practices (GAP) and fruit must be fumigated before shipment. Fumigation could be very tough to comply with and also affect the shelf-life of the fruit.

One industry observer said the logistics chain to supply fruit over a long in-land journey and via the port of Mombasa to China, often with transshipments, is a long and complex one.

“Suppliers have to deal with dramatic changes in the trade routes that shipping lines now apply in the post Covid-19 era, which often increase the time in transit,” the source told Fruitnet. “We also know the cost of seafreight has increased dramatically in recent times. These are all things which will affect a successful introduction of Kenya avocados to China.”

Mutui said the agreement follows successful completion of a rigorous pest risk analysis (PRA) carried out by the agency and the National Plant Protection Organisation of China, which identified quarantine pests of concern to China that should be controlled before export.

Access comes at the start of the Southern Hemisphere avocado season, and with Kenya being one of the major producers, exporters hope the outstanding processes will be completed swiftly.

Kenya’s avocado production is diverse, with some orchards controlled by bigger producers but also a large portion in the hands of small-scale farmers. When announcing the original agreement in 2019, the Kenyan government said the new Chinese deal would aid job creation and boost the economy.

Observers said that meeting the requirements in such a diverse industry will be tough. They were however pleased that avocados from Africa will finally make their way to China.

In concluding a deal with China, Kenya has stolen a march on its Southern African competitor, South Africa. South Africa recently announced that it is now in the process of agreeing access for the country’s avocados with China.

Fruitnet understands the South African industry favours a ‘systems approach’ of compliance like the one used by other industries. This will start in the orchards and be maintained all the way to the arrival of shipments in China.

If a deal with South Africa is agreed, it’s unlikely to have any impact this season in which South Africa will export 15.5m cartons. The crop is smaller than expected but South Africa growers know that their orchards have been expanding in recent years and access to the Chinese market is vital for the future.