Korea gets greenlight to ship berries to Australia 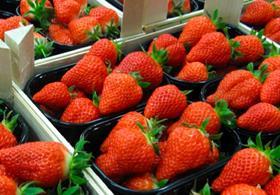 Korean strawberry growers can begin shipping fresh strawberries to Australia this season after the two nations agreed on quarantine protocols, according to Yonhap news.

South Korea has requested access to Australia in 2008, with negotiations underway since 2014.

Korea’s peak production season runs from January to March, but with year-round production in Australia, the domestic market is supplied almost entirely by local strawberries.