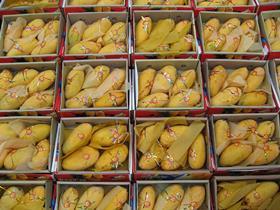 “Pakistan made record-high exports of around 120,000 tonnes of mangoes some five to six years ago,”Ahmed said.

A key driver to the rise in exports this season has been an increase in production from 1.3m tonnes to 1.5m tonnes. This, combined with adepreciation of the rupee, to “play a leading role” in the record export volume, said Ahmed.