Peruvian blueberry growers and exporters association projects exports to exceed 250,000 tonnes by the end of the 2022/23 season 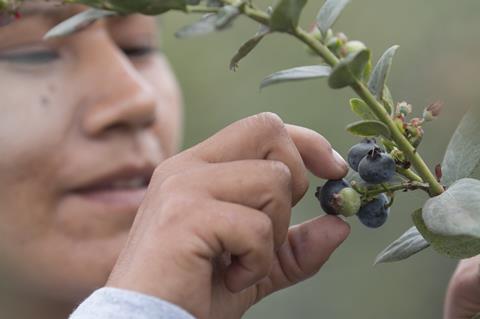 The Peruvian blueberry growers and exporters association said more than 10,000 tonnes have been exported from the beginning of the season in May, until the end of July, surpassing last season’s start.

Luis Miguel Vegas, manager of Proarandanos, said if this trend holds across the entire 2022/23 season the industry would break export records for the second season in a row.

“If the campaign continues in this way, we estimate to exceed 250,000 tonnes by the end of it,” said Vegas.

“This would represent a growth of over 25 per cent compared to last season. We also estimate that 90 per cent would be exported between August and December, and 50 per cent between September and October.”

Vegas said the expansion of the blueberry industry has a significant impact on the growing regions.

“The blueberry industry has a significant impact on employment generation. In the 2021/22 campaign it has created 120,000 direct jobs in rural areas, projecting to generate more employment this campaign. In addition to this, it is an inclusive sector in which 52 per cent of the labor force is women between 26 and 30 years old,” said Vegas.

Gaining access to new markets has been a driver of growth for the Peruvian blueberry industry. In the past few years last it gained access to Taiwan (2020). India and Malaysia (2021) and Israel (2022).

Currently, Peru is in the process of gaining access to other markets such as Indonesia, South Korea, Vietnam, Japan, New Zealand, and Ecuador.

Despite this progress, the industry is still facing logistical challenges and the rising costs of shipping and agricultural inputs.