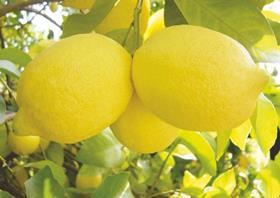 South Africa’s lemon season will not get going in earnest for another two months, but growers in the north of the country have managed to produce earlier crops, and this has presented an opportunity to celebrate a new milestone for the industry, namely better access conditions for exports to China.

The Citrus Growers Association (CGA) is today (17 February) hosting South Africa’s minister of agriculture, land reform and rural development Thoko Didiza at Durban port to celebrate one of the first shipments of lemons to China under the new lemon protocol that was signed last year.

The CGA leadership and minister Didiza are viewing fruit destined for export on inspection tables at Maydon Wharf Fruit Terminals, Durban's largest cold storage facility. They will be joined by key stakeholders, including Mzo Makhanya, chairman of the Grower Development Chamber.

A 2018 report forecast South Africa’s lemon production to grow from 450,000 tonnes to 625,000 tonnes by 2024. CGA CEO Justin Chadwick said the new Chinese protocol, which was agreed after six years of negotiations, is very important for South Africa in light of the substantial increase in volumes projected.

“It means China will now become a critical new market for this growth and will secure R325m (US$21.6m) in new export revenue and 800 new jobs in the industry,” he said.

Last year, South Africa exported around 163m cartons of citrus to a diverse range of markets. A substantial part of this, amounting to around 70m cartons, is marketed in the UK, the European Union and close-by markets. Earlier production forecasts have projected South Africa’s citrus export crop to reach around 200m cartons by 2025.