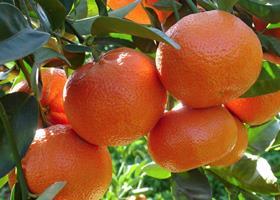 South African citrus exports through the port of Durban have stopped after violence erupted in the KwaZulu Natal and Gauteng regions.

The main arterial roads linking the northern production regions to the port of Durban have been closed following reports violent mobs have attacked vehicles and looted shopping centres in both regions.

Several shopping centres in both regions are said to have been destroyed, and it is uncertain when situation will be brought under control.

Supporters of the former president, Jacob Zuma, threatened violence after a 15-month jail sentence was imposed on the former leader of the ANC.

Zuma started the jail term last Wednesday (7 July), with violence breaking out on Sunday (11 July). Freight trucks on the main road linking Durban to the interior have been torched at the Mooi River Plaza. From there, the violence spread rapidly with shop owners unable to contain looting that followed.

For the citrus sector, the violence and disruptions come at a particularly bad time. Harvest for the Valencia season, which forms a major part of the country’s exports, only began this month. Growers in the North of the country are just hitting the peak harvesting and packing period.

“With all main arterial roads to the Durban port having been closed, there are no citrus consignments being trucked to the port,” said Justin Chadwick, chief executive of the Citrus Growers’ Association (CGA).

“This has been the case since the unrest started a few days ago. However, growers are still harvesting and packing their citrus, which is currently accumulating at pack houses and storage facilities inland.

“Once the current violence abates, the fruit will be trucked through to Durban port, which will more than likely result in increased pressure and congestion on the roads and the port. We hope the situation is brought under control as soon as possible so fruit can once again be transported and processed by the Durban port. The stop start situation is not ideal for the markets, which perform best when they are supplied evenly throughout the season,” he added.

In a statement, CGA condemned the current wave of criminality sweeping across KwaZulu Natal and Gauteng.

“Through its membership in Agbiz, it will continue engaging with government on the critical risks posed by the current violence to the agricultural sector and food security in the country, including the closure of the N3 and Durban port, and how these can be urgently addressed,” said Chadwick.

With the large-scale destruction of retail outlets and supermarket malls, retailers are now faced with a difficult task finding enough produce and goods to fill their stores.

Manufacturers of certain food lines have already closed their production units to avoid being targeted. This is likely to result in major shortages in the months ahead.

In Durban, it has been reported that staples are already running low with the few outlets that sell to the public having to ration their products.

The South African government has reacted by calling in its Defence Force in an effort to assist police in controlling acts of looting and destruction. Several people have already been killed in the violence.

Unconfirmed reports suggest citrus exporters in the north of the country are now diverting fruit to the two ports in the Eastern Cape and the Western Cape to clear the stocks that have built up at the pack houses and cold stores.

This is a much longer and expensive logistical option, but growers say they simply do not have a choice but to get the fruit to the market as soon as possible.

Durban is also I vital port for growers in Zimbabwe and Swaziland, and the closures are also likely to have a major impact on growers there. It is also one of South Africa's busiest import harbours with the current situation influencing supplies to the local market.

So far, the South African citrus industry has shipped 55m cartons of the forecasted export crop of 156m cartons. Some 78m cartons have already been packed and the big challenge now is to move the additional volume sitting in the interior to the ports as soon as possible.