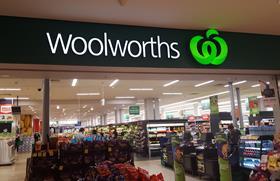 Woolworths will invest up to A$780m in the technology and fit out of the two distribution centres over the next four years. It has signed an initial lease term of 20 years with Qube.

Meanwhile, Qube will invest up to A$460m to build the warehouses and will target a five-star green star design by incorporating various sustainability initiatives, including solar PV systems, LED warehouse lighting and rainwater harvesting.

Both warehouses will build on semi-automated and automated technology that Woolworth’s Melbourne south regional distribution centre has been using for the last 12 months. The build of both warhouses is expected to be finished by 2024, with 650 jobs expected to be created once fully operational.

“The new facilities will also help progress our localised ranging efforts, with the ability to hold many thousands more products centrally than we can in our existing facilities.

“We’ve learnt a lot from our ground-breaking development [in Melbourne], [and it has] given us confidence that now is the right time to invest in this new technology for our NSW network,” he added.

In a statement, Woolworths cited infrastructure investments by the Australian and NSW governments at Moorebank Logistics Park as key to its site selection.

“The direct rail access to Port Botany will provide strategic benefits for Woolworths’ transport network and help remove at least 26,000 of its truck movements from NSW roads each year,” the company noted.

“The benefits of railing containers direct from Port Botany to a terminal co-located with warehousing across a site the size of the Sydney CBD will deliver Woolworths time and cost efficiencies. Our project team is looking forward to working with the Woolworths team in delivering an optimal solution for their operations.”

These sites are expected to close by 2025, however, temperature controlled fresh food distribution will continue out of the Minchinbury regional distribution centre.

“It’s only a few weeks since we were in lockdown and desperately trying to get to the supermarkets for essentials,' saidRoy Morgan chief executive, Michele Levine. 'Despite accusations of price gouging, delivery problems, and supply chain failures Woolworths rode the storm best and came out really trusted by Australians. It was on the front foot from the outset and that appears to have resonated with Australians.'