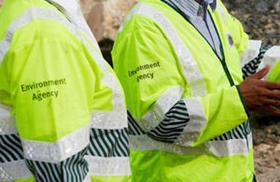 Albert Bartlett & Sons has donated £14,000 to charity after being found guilty of discharging sludge into a stream during factory cleaning.

The potato producer allowed sludge, resulting from routine weekend cleaning of its Worstead, Norfolk-based factory, to enter the channel and flow into the Smallburgh Stream in September 2019. Lack of monitoring meant the sludge was not detected and was pumped away, making its way through a network of tanks, to discharge into the river.

Albert Bartlett was sanctioned under the Environmental Permitting Regulations 2010, and in what is known as an enforcement undertaking, it paid £14,000 to the Norfolk Rivers Trust. The company also had to pay costs, including those of the Environment Agency.

The money will go to support the charity’s work in the creation of aquatic habitats, conservation and restoration, education, and providing advice on land management and farming.

The Environment Agency said it accepted the offer from Albert Bartlett in recognition of a number of factors. These included the fact that the pollution was limited and had no lasting impact on the stream, that the discharge was the result of negligence rather than dangerous or foolhardy behaviour, and that the company had since spent a lot of money on infrastructure and systems improvement to prevent a recurrence.

Environment Agency environment officer Stephen Grice, who was involved in the investigation, said: 'It is important that all companies take action to avoid polluting the environment through careful consideration of their processes and procedures, and the monitoring of their operations. In this case, Albert Bartlett & Sons fully cooperated with the investigation and gave frank and helpful information to the investigators.

'Enforcement undertakings allow companies and individuals to make amends for breaching environmental regulations, including through a financial contribution to an environmental project. To agree this type of civil sanction, the Environment Agency must be satisfied the offender will make changes to its operations, to prevent future breaches of permitting legislation.

'The Environment Agency continues to prosecute organisations and individuals where evidence shows high levels of culpability and serious environmental harm.'