Asparagus 'has the potential of avos' 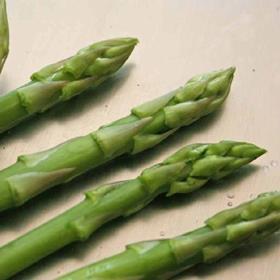 Asparagus could follow in the footsteps of avocados and become the next big thing if producers, retailers and industry bodies play their cards right, a grocery analyst has claimed.

Emma Fencott, consumer insight director at Kantar Worldpanel, told the Biennial Asparagus Conference in Kent this week that the vegetable is outperforming the general grocery and fresh produce markets with year-on-year growth of 4.1 per cent to £77.6 million. Volume sales are up 1.4 per cent, with the lower growth put down to a trend towards smaller pack sizes.

There has also been a 2.3 per cent increase in household penetration to 30.2 per cent, and Fencott said encouraging new shoppers to the category was key to turbo-boosting sales long term. “We know that asparagus shoppers are more wealthy than vegetable shoppers generally, but we’ve seen that the asparagus shopper base is broadening and including less affluent shoppers,” she explained.

Crucially, the five-year picture for asparagus shows a 6.1 per cent year-on-year growth rate, and while that outperforms much of the produce market it is still some way behind category star performer avocado, which has seen phenomenal 30.8 per cent growth over the same period.

Fencott said avocados’ success was down to developing year-round supply, consistency of product, a strong emphasis on health, versatility and linking to specific occasions such as breakfast.

But many of these factor could also apply to asparagus, she said, pointing out that asparagus goes just as well with eggs and bacon at breakfast, has known health benefits and year-round availability.

“The most successful way to drive a category or brand is through new shoppers,” she stressed. “That’s why raising awareness and profile of the product is really important.”

This year, for the first time, the Enjoy Asparagus campaign is taking a year-round approach, emphasising that the product is versatile, healthy and works well during all seasons.

Fencott also noted that there was significant potential to get the large number of people who were buying asparagus out of season but not during the British season to do so.