Convenience market to grow by £7bn 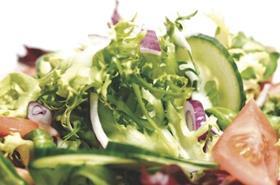 That's according to new projections by analysts IGD, which said the channel will benefit from new store openings over the period, helping to fuel a compound annual growth rate of 3.1 per cent.

Patrick Mitchell-Fox, senior business analyst at IGD, explained: “While we expect relatively muted store development across the sector as a whole in the next two years, with the sector undergoing a period of consolidation, we forecast key segments - in particular co-operatives, multiples and symbols - to benefit from strong store growth again from 2021.”

Fox said that following a stronger 2018, total convenience sales are expected to grow by 2.6 per cent in 2019, led by the co-operatives segment above all. Growth will be driven not only by a focus on opening new stores, but also by outstanding like-for-like performance underpinned by strong private-label development, better fresh and chilled ranges and more competitive value.

“Multiples, though still seeing solid growth, are now opening new stores at a more modest pace, targeting only those sites with the best potential,' he continued. “Meanwhile, after a year of slower growth, the symbols segment is beginning to pick up again, though it remains restrained as it stabilises after a period of notable disruption and instability.”

With the average shopper spending just under eight minutes in a convenience store, IGD said three factors are shaping the future of the UK convenience channel that will enable stores to give the shopper what they need, as quick as possible. These are top-up shopping, attracting new shoppers and evolving the 'mission-based' shop.