Summer heatwave leads Brits to shop in-store for groceries, with convenience stores benefitting with a 28.9 per cent share of all sales over the last four weeks, NielsenIQ data reveals 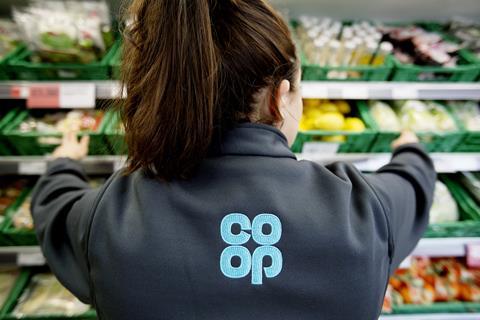 Sales at Co-ops increased 9 per cent in the last four weeks, according to NielsenIQ’s Mike Watkins

UK shoppers spent £3.6bn on groceries at convenience stores in the last four weeks ending 13 August, with the channel accounting for 28.9 per cent of sales within this period, reveals new data released today (23 August) by NielsenIQ.

NielsenIQ data shows that over the four-week period total till grocery sales remained strong, with a growth of +4.5 per cent. However, this was exceeded by growth of sales at convenience stores, which rose +5.4 per cent.

Convenience stores also experienced an uplift in volume sales (+2.7 per cent) compared with volume sales at the grocery multiples, which declined by -3.8 per cent.

According to data from NielsenIQ, 21 per cent of the total sales within convenience stores were on fresh foods where value sales increased +13 per cent. Sales of frozen foods jumped +29 per cent, as did produce (+8 per cent) within this channel.

Across the industry as a whole, the summer holidays increased travel opportunities, while the summer heatwave that took place in mid-July and early August encouraged shoppers to visit stores more often, leading to an uplift to in-store visits by 8 per cent, NielsenIQ said.

However, the boost to in-store visits came at the expense of online sales, which fell by 8.7 per cent and the online share of FMCG sales fell to 11.3 per cent, down from 11.5 per cent in July and 12.9 per cent share a year ago.

In terms of retailer performance in the last 12 week period ending 13 August, Aldi maintained a 10 per cent market share, making it the fourth retailer in terms of sales, behind Tesco (26.8 per cent), Sainsburys (13.8 per cent) and Asda (12.6 per cent). Morrisons and Waitrose were the only retailers to experience a sales decline over the 12 weeks. M&S sales were up over 7 per cent and shopper penetration in the last four weeks reached almost 20 per cent of UK households.

Mike Watkins, NielsenIQ’s UK head of retailer and business insight, said: “It is inflation which is driving topline sales across the industry, but shoppers continue to be very cautious about how much they spend on groceries, resulting in a fall in volume sales at supermarkets. However, the hot weather over the last few weeks has helped volumes turn positive at convenience stores, with an increase in purchasing of drinks, frozen and fresh foods in particular. Shoppers made extra visits to their local stores when the sun came out and sales at Co-ops increased 9 per cent in the last four weeks, making them the fastest growing retailer during the recent hot weather.”

Watkins continues: “The market may have recovered from a low point in March, but we are now seeing the start of ‘peak inflation’ and we anticipate shoppers will need to reign in their spending again after the ‘back to school’ period in a few weeks’ time. As inflation continues to bite, retailers that focus on saving shoppers’ money will be the ones that maintain sales momentum and it will those who are most agile and are able to adapt to another change in shopper behaviour that will be able to weather the storm. The battle for loyalty is not going away especially in a time where basket spends are falling and shopper promiscuity is up.”