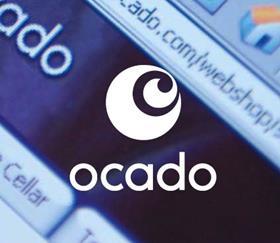 Ocado has reported double-digit sales growth in the past year as its digital model continues to resonate with both consumers and trade.

The online supermarket’s retail sales rose 10.3 per cent to £1.6 billion in the year to 1 December 2019, a figure achieved despite losing 10 per cent of sales capacity in the Andover fire last February.

During the year it expanded its grocery range by seven per cent to 58,000 items, which it claimed to be the largest of any UK food retailer, and also added 1,000 and 500 new products to its free-from and organic ranges respectively as it looks to meet current consumer trends.

On the trade side, the business has continued to add clients to its Ocado Smart Platform online grocery solution, including Coles in Australia and Aeon in Japan.

Ocado’s joint venture with M&S has also now been fully established and filled the gap following the ending of its agreement with Waitrose. The retailer said preparations for the September switchover from Waitrose to M&S products are well underway and it has substituted M&S products at the same price or lower for the majority of the 4,000 currently supplied by Waitrose.

Group chief executive Tim Steiner, who described the results as “strong” and “very encouraging”, forecast further retail revenue growth of 10-15 per cent in the coming year.