Felixstowe strike to hit trade where it hurts

Workers at the UK’s biggest container port are to strike over pay for eight days, threatening massive disruption to UK supply chains and international maritime trade 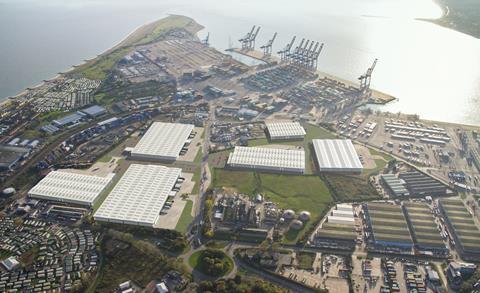 Dockers at the UK’s biggest container port plan to go on strike for more than a week later this month in a dispute over pay.

More than 1,900 members of Unite union at Felixstowe will strike for eight days from Sunday 21 August until Monday 29 August, Unite said, threatening supply chains if final talks with the employer fail.

Almost half of the UK’s container traffic comes through Felixstowe meaning the walkouts would impact international maritime trade in addition to causing massive disruption to the nation’s logistics and haulage sectors, the union warned.

The union said that employer Felixstowe Dock and Railway Company had failed to improve on its offer of a 7 per cent pay increase, following only a 1.4 per cent increase last year.

Unite national officer for docks Bobby Morton said: “Strike action will cause huge disruption and will generate massive shockwaves throughout the UK’s supply chain, but this dispute is entirely of the company’s own making.

“It has had every opportunity to make our members a fair offer, but has chosen not to do so. Felixstowe needs to stop prevaricating and make a pay offer which meets our members’ expectations.”

“The company has prioritised delivering multi-million pound dividends rather than paying its workers a decent wage.

“Unite is entirely focused on enhancing its members’ jobs, pay, and conditions, and it will be giving the workers at Felixstowe its complete support until this dispute is resolved, and a decent pay increase is secured.”

More talks are due to take place on Monday.