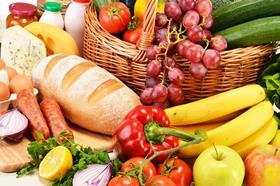 Supermarket sales have enjoyed another period of double-digit growth, despite signs shopping patterns are reverting to some kind of pre-Covid normal.

Figures from Kantar for the 12 weeks to 6 September show take-home grocery sales rose by 10.8 per cent, representing the sector’s fifth consecutive period of double-digit growtth.

However in the most recent four weeks, year-on-year sales growth decelerated to 8 per cent, the slowest rate since April as the government’s Eat Out to Help Out scheme got underway and people were encouraged to return to offices and resume normal routines.

Diners’ confidence built throughout the month and footfall increased during each week of the scheme, culminating in the final bank holiday Monday, when dining out accounted for a two and a half times greater share of consumer spend than the pre-Covid average.

The digital sphere remains a huge growth area this year. Online grocery sales rose by 77 per cent year on year in the past four weeks, bringing the cumulative increase in orders to £3.2 billion since lockdown began. While still impressive, online grocery growth has slowed for the second month in a row and dropped back to 12.5 per cent of total sales this month from a peak of 13.5 per cent.

'This is not just about people going out to eat in restaurants, August also brought shielding to an end for many vulnerable and at-risk people,' McKevitt pointed out.

Ocado on the charge

Ocado, which launched its partnership with Marks & Spencer to shoppers on 1 September, was the fastest-growing retailer over the past 12 weeks, with sales up by 41.2 per cent year on year. Its former partner, Waitrose, increased overall sales by 7.3 per cent compared with last year, and Waitrose.com experienced the fastest year-on-year online growth of any retailer.

Amid a challenging economic climate, retailers across the board are finding new ways to deliver value for customers. “As we move out of summer and closer to the end of the government’s furlough scheme, retailers are thinking about how they can help households manage their bills,' McKevitt said. 'Promotional activity is now back to the highest level since February 2020 and is focused mainly on straightforward price cuts, with shoppers spending £247m more on these deals compared with a year ago. Meanwhile, multibuy deals are down £116m over the same period.'

Iceland continues to benefit from the performance of frozen food this year and grew sales by 20.8 per cent during the 12 weeks, achieving a 2.4 per cent market share. Aldi increased sales by 10 per cent, with its market share slightly down on last year to 8 per cent.

Sales at Co-op rose by 13.4 per cent, but increased by more than double this rate in the north of England, where local lockdowns mean consumers are continuing to shop closer to home.

Morrisons’ sales rose by 12.9 per cent, with market share up by 0.2 percentage points to 10.1 per cent. Sainsbury’s and Asda’s sales increased by 8.0 per cent and 6.3 per cent respectively.