Grocery bills on course to rise by £380 per year but inflation fails to dampen jubilee joy, latest Kantar figures reveal

UK supermarket sales fell by 1.9 per cent during the 12 weeks to 12 June 2022, according to the latest take-home grocery figures from Kantar, the best market performance since October last year. 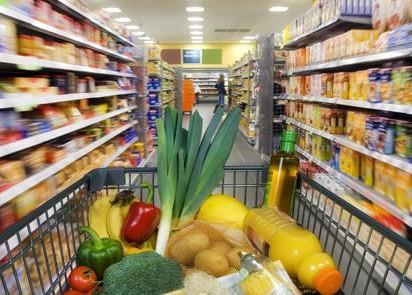 Over the latest four-weeks sales grew by 0.4 per cent versus the same period in 2021. Despite the more positive figures, inflation remains a key challenge for the sector and like-for-like grocery prices rose by 8.3 per cent over the past month, up 1.3 percentage points on May to reach their highest level since April 2009.

Fraser McKevitt, head of retail and consumer insight at Kantar, comments: “The sector hasn’t been in growth since April 2021 as it measures up against the record sales seen during the pandemic. However, these latest numbers show the market is to an extent returning to pre-COVID norms as we begin comparisons with post-lockdown times.

“The inflation number makes for difficult reading and shoppers will be watching budgets closely as the cost-of-living crisis takes its toll. Based on our latest data, the average annual grocery bill is on course to rise by £380. This is over £100 more than the number we reported in April this year, showing just how sharp price increases have been recently and the impact inflation is having on the sector.”

Analysis shows that consumers are taking steps to manage rising prices at the tills, as Fraser McKevitt continues: “Shoppers have swapped branded items, which have declined by 1 per cent, for own-label products. Sales of these lines, which are often cheaper, have risen by 2.9 per cent, boosted by Aldi and Lidl’s strong performances, both of whom have extensive own-label repertoires. We can also see consumers turning to value ranges, such as ASDA Smart Price, Co-op Honest Value and Sainsbury’s Imperfectly Tasty, to save money and together all value own-label lines grew by 12 per cent.”

Store footfall jumped by 3.4 per cent over the latest four weeks, while online fell to its lowest proportion of the market since May 2020 at 12 per cent. Fraser McKevitt explains: “We’re still way ahead of our continental neighbours when it comes to buying groceries online and one in five British households makes an order each month, the highest proportion in Europe. But online sales have been suffering since the end of the pandemic. This is the twelfth month in a row they’ve been in decline and digital orders fell by almost 9 per cent in June.

“As well as the return to pre-COVID habits, this drop could be the result of shoppers looking to cut costs by avoiding delivery charges. The sunnier weather may also be pushing up store footfall, as people decide it’s warm enough to walk or cycle to their local supermarket.”

Even with grocery inflation at a decade-long high, sales during the week of the Platinum Jubilee (to 5 June) were £87 million higher than on average in 2022.

Lidl was once again the fastest growing grocer this period, pushing its sales up by 9.5% over the 12 weeks to reach a 6.9% market share. Sales at Aldi rose by 7.9%, moving its share up versus last year by 0.8 percentage points to 9.0%.

Iceland held its market share flat at 2.3%. The retailer has seen especially strong sales thanks to its 10% discount offer for over 60s, with the deal helping nearly double its market share among that demographic on Tuesdays over the past month.

While it didn’t achieve year-on-year growth, Tesco out-performed the total market to nudge its share up to 27.3%. Online retailer Ocado also did better than the wider market trend. The grocer’s sales fell by 2.3%, but it was able to retain its 1.8% slice of the market.